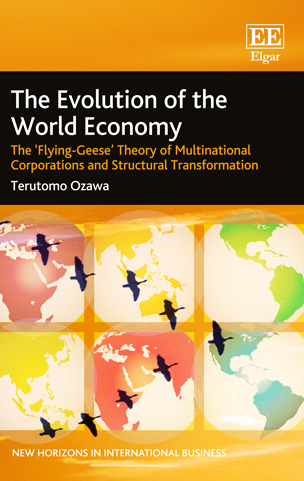 The Evolution of the World Economy

The ‘Flying-Geese’ Theory of Multinational Corporations and Structural Transformation

The world economy is near a critical crossroads, as a rising China, the greatest-ever beneficiary of US-led capitalism, ironically dreams big to replace America's supremacy as a new hegemonic power with a non-liberal world order. This third volume of the trilogy on ‘flying-geese' theory reformulation explains how capitalism has changed industrial structures across the world. Using structural development economics and political economy analytics the unfolding changes in the global industrial landscape are examined in depth. Will the flying-geese formation, a formation that has produced the East Asian Miracle and is hoped to spread to Africa, survive?