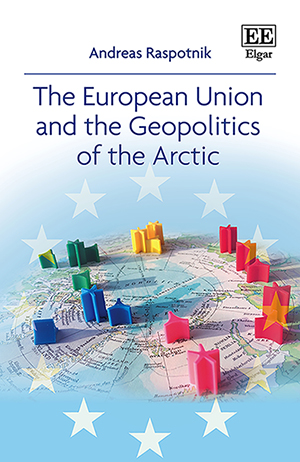 The Arctic is a region that has seen exponential growth as a space of geopolitical interest over the past decade. This insightful book is the first to analyse the European Union’s Arctic policy endeavours of the early 21st Century from a critical geopolitical perspective.

‘Andreas Raspotnik’s book is a well-written history of the European Union’s struggle for recognition in the Arctic; a struggle underpinned by attempts to define what the Circumpolar North means for the EU. Raspotnik adopts the lens of critical geopolitics, which proves very productive in terms of capturing the character of the EU-Arctic nexus. The Union is revealed as a reluctant geopolitical actor, as inherent EU drive to be present in a neighboring region interplays with the lack of genuine interest.’
– Timo Koivurova, University of Lapland, Finland