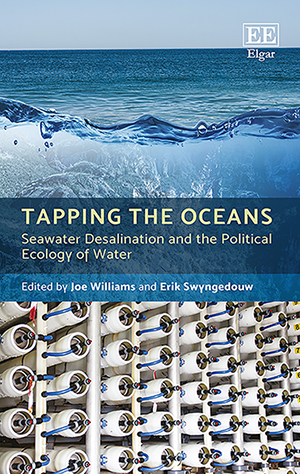 Increasingly, water-stressed cities are looking to the oceans to fix unreliable, contested and over-burdened water supply systems. Desalination technologies are, however, also becoming the focus of intense political disagreements about the sustainable and just provision of urban water. Through a series of cutting-edge case studies and multi-subject approaches, this book explores the political and ecological debates facing water desalination on a broad geographical scale.

‘This is a timely and insightful introduction to the entanglements of water, salt, power, and capital in the emergence of seawater desalination as a major feature – and maybe a future game changer – of the 21st-century water agenda.. . . desalination is breaking into our water future, and this book will be a key primer for those interested in deciphering its emergence.’
– François Molle, Water Alternatives

‘This very timely book provides an excellent and insightful introduction to the entanglements of water, salt, power, and capital in the emergence of an alleged environmentally friendly and cornucopian solution to increasing water scarcity. It helps decipher how desalination is fast becoming the last frontier of capital accumulation for both the water industry and financiers, and how it reconfigures existing socio-ecologies in profound and subtle ways.’
– François Molle, Institut de Recherche pour le Développement (IRD), France