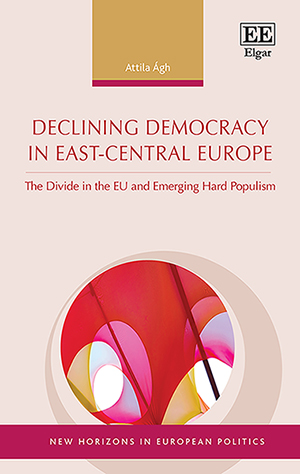 The Divide in the EU and Emerging Hard Populism

The dramatic decline of democracy in East-Central Europe has attracted great interest world-wide. Going beyond the narrow spectrum of the extensive literature on this topic, this book offers a comprehensive analysis of ECE region – Czech Republic, Hungary, Poland, Slovakia and Slovenia – from systemic change in 1989 to 2019 to explain the reasons of the collapse of ECE democratic systems in the 2010s.

‘Attila Ágh’s book investigates the largely neglected domestic developments in the East-Central member states since the fall of the iron curtain and their subsequent accession to the European Union. Ágh’s analysis is comprehensive, well-informed and illustrates how a mixture between external conditionalities and domestic developments, predominantly a persistent systemic distrust and lack of deep-seated Europeanisation have contributed towards the rise of neopopulism in the region. Ágh warns of the "a decline in all respects of democracy, governance and sustainability as a complex deficit" as part of a general trend of democratic backsliding in the ECE region.

Ágh’s analysis is a crucial and overdue contribution to the academic and public debate on the future of the EU beyond the current narrow focus on Brexit and the revival of the Franco-German partnership. He illustrates that the biggest risk for the survival of the European project post-Brexit lies in the manifestation of East-Central Europe as a ‘blind spot’, a warning which should be a wake-up call to Western political elites.’
– Christian Schweiger, Chemnitz University of Technology, Germany