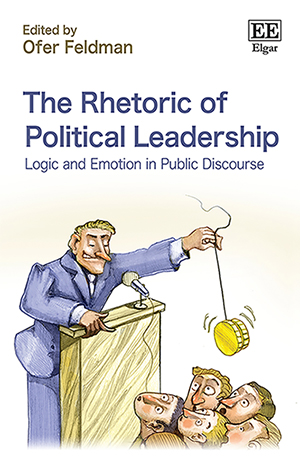 This timely book details the theoretical and practical elements of political rhetoric and their effects on the interactions between politicians and the public. Expert contributors explore the issues associated with political rhetoric from a range of disciplinary perspectives, including political science, linguistics, social psychology and communication studies. Chapters examine what makes a speech effective, politicians’ use of moral appeals in political advertising, political attacks on social media, and gender and emotion in political discourse.

'This volume is a must-read collection for scholars working in and across the fields of political science, social psychology, media communication and discourse studies. It does not only offer cutting-edge perspectives on rational and emotional attributes of political rhetoric, but also on their effects across a wide variety of societies and venues.'
– Anita Fetzer, University of Augsburg, Germany

‘This book brings together a fascinating collection of special essays that illuminate the multiple roles of language in framing political issues, and in persuading others to support the proposals and decisions of political leaders. Case studies from selected countries, some rarely examined, explore how top political leaders use rhetoric strategies to mobilize the electorate, lead government, and to affect policy discourse and interventions. Anyone interested in the complex relationships between political rhetoric, leadership, and governance will find this book essential reading.’
– Ken Kinoshita, Fukuoka Institute of Technology, Japan