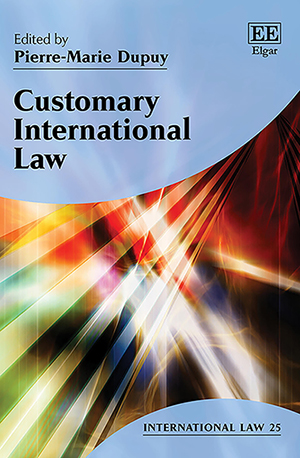 This Research Collection provides a comprehensive spectrum of articles published in the last seven decades in the field of customary international law. International custom “as evidence of a general practice accepted as law”, is considered one of the two main sources of international law as it primarily derives from the conduct of sovereign States, but is also closely connected with the role of the international judge when identifying the applicable customary rule, a function it shares with the bodies in charge of its codification (and progressive development), starting with the International Law Commission. Though mainly considered to be general international law, international custom has a complex relationship with many specific fields of law and specific regions of the world. Alongside the key articles, this important collection includes an original introduction by the editor and will be invaluable to everyone interested in the subject