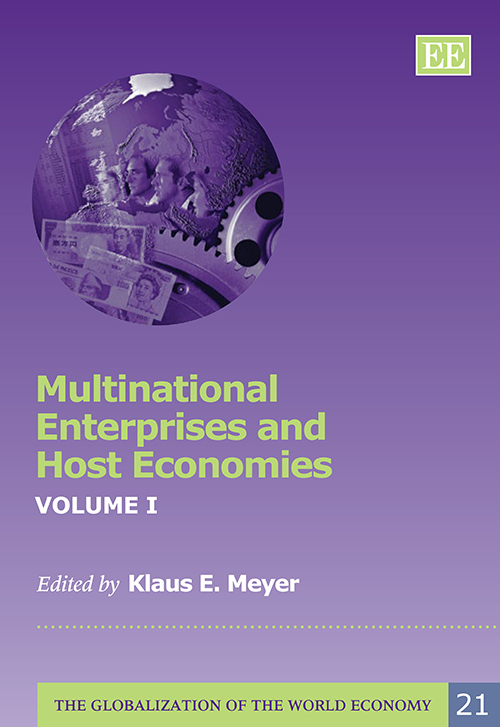 The Globalization of the World Economy series

Multinational enterprises (MNEs) invest in a variety of host economies, and closely interact with local businesses and society at large. This role has become the focus of policy debates of all sorts, as MNEs are seen as a primary conduit of globalization, thus spreading both its benefits and its negative side effects.

‘A well designed and first rate collection of some of the most influential papers on the interaction between MNEs and the host countries in which they operate. In these two volumes, Professor Meyer has cleverly orchestrated most of the economic and social issues of interest and concern to scholars, business practitioners, governments, and civil society. These essays deserve the most serious attention by all those interested in the ever increasing role of MNEs and their subsidiaries in the global economy.’
– The late John Dunning CBE, formerly of the University of Reading, UK and Rutgers, The State University of New Jersey, US