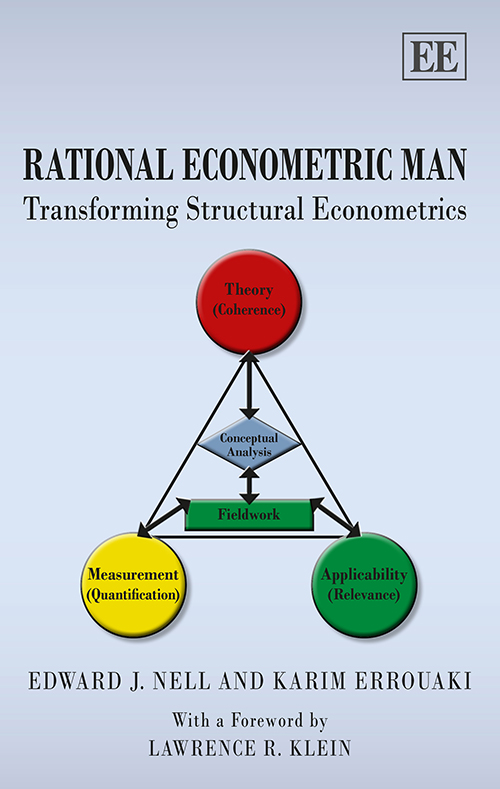 This challenging and original book takes a fresh, innovative look at econometrics, and re-examines the scientific standing of structural econometrics as developed by the founders (Frisch and Tinbergen) and extended by Haavelmo and the Cowles modellers (particularly Klein) during the period 1930–1960.

‘This is a big book that presents big ideas and is well worth a read and re-read.’
– Richard Fowles, Eastern Economic Journal

‘If you are interested in understanding the underlying philosophical reasons why structural econometrics seems dead, read this book. Not only do the authors provide a comprehensive, stimulating and provocative account of the debate and literature, they also provide insightful suggestions for improving the bridge over the theory–data gap in economics. Their main suggestion that theorists and econometricians should do more fieldwork to improve not only economic theories but also econometric models is a refreshing breeze of intellectual honesty in a world where the relationship between the theorist and the econometrician has grown stale.’
– George C. Davis, Virginia Tech, US