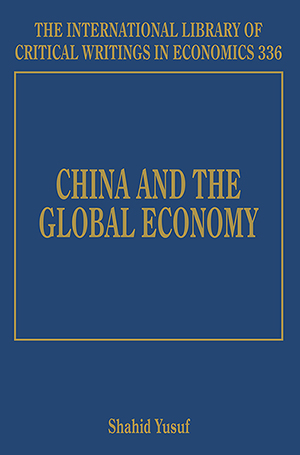 China and the Global Economy

The International Library of Critical Writings in Economics series

China’s global economic footprint is large and growing. In recent years, China has contributed a third or more to the growth of the global economy, following its meteoric rise starting in the 1980s and gathering momentum in the 1990s. China has convincingly demonstrated the efficacy of investment and export-led growth as a model of development, and has achieved economic stardom using a mix of industrial, trade and exchange rate policies within the framework of a gradually reforming socialist market economy. The chapters in this volume, written by prominent China scholars and economists, as well as an original introduction by a world-leading expert, explore China’s economy. This collection will be an invaluable resource for China watchers and to researchers, students and policymakers interested in learning from East Asia’s development, understanding how China transformed its economy and wondering how China might come to grips with the challenges ahead.