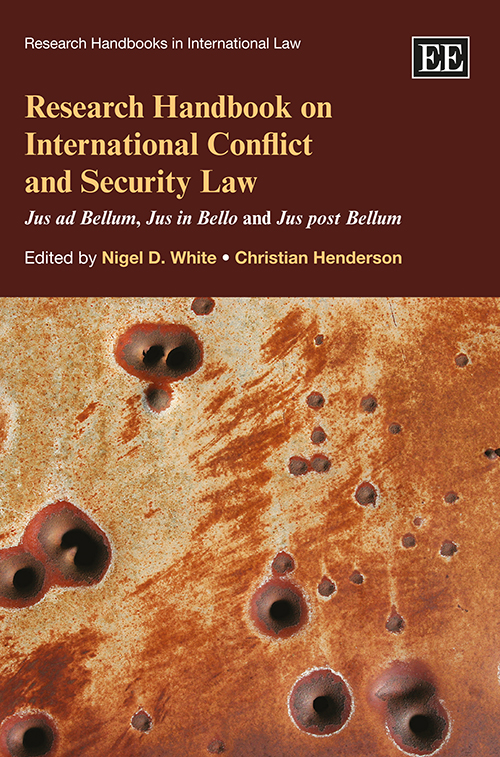 This innovative Research Handbook brings together leading international law scholars from around the world to discuss and highlight the contemporary debate regarding issues of conflict prevention and the legality of resorting to the use of armed force through to those arising during an armed conflict and in the phase between conflict and peace.

‘Featuring some of the field’s most expert thinkers, this is an adroitly constructed volume of essays in “conflict and security law”. The writing here offers a distillation of the major legal projects in the area while dissolving some of international law’s most rigid demarcations (e.g. between war and peace, or the jus ad bellum and jus in bello).’
– Gerry Simpson, University of Melbourne, Australia