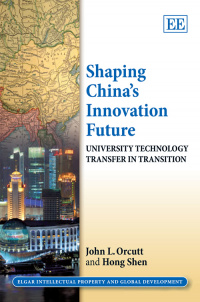 One of the problems with analyzing inherently complex systems – like that of China’s innovation system – is the need for expertise from a very broad range of disciplines. In that vein, Shaping China’s Innovation Future employs a thorough analysis of a combination of factors including: the role of law and China’s legal system; economic theory and the development of China’s economy; China’s educational, intellectual property, and financial systems; China’s innovation capacity; and Chinese culture. Though the recommendations on how to improve China’s technology commercialization system are unique for China, the scope of the research makes the conclusions found here applicable to other countries facing similar challenges.