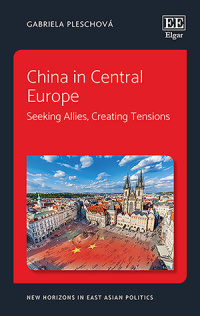 China in Central Europe outlines how this particular approach has proven to be ineffective. Despite the allocation of significant resources to the development of relations with Central Europe, Pleschová argues that there is limited enthusiasm for China outside of a narrow circle of policy makers and business people who profit from engagement with China. Instead, Chinese influence has stirred criticism and created tensions among other groups, such as between Czech politicians and the local expert community on China, or among Hungarian citizens distrustful of their own government. Pleschová further argues that China has not impacted how Central Europe’s representatives vote in the European Parliament and that support from some elites in Central Europe does not translate into wider backing for China in the EU. China can influence Central European countries’ policy to some extent; however, if a fundamental issue arises, countries harden their position towards Beijing.

Utilizing social science concepts to explain the puzzles from China–Central Europe relations, this book will be a valuable resource for scholars and students of international relations, Chinese studies, EU politics, and international law, as well as political and social scientists more generally. It will also be useful for professionals engaged in foreign policy decision-making.

Critical Acclaim
‘China in Central Europe is an important addition to the growing literature on relations between China and Europe. This book fills a gap by offering systematic analysis of a number of issues around China’s approach to Central and Eastern Europe, a topic which has received more attention from policy makers over recent years. Pleschová’s findings, which highlight the difficulties the Chinese government has had in pursuing its agenda, deserve a wide consideration by policy makers and scholars alike.’
– Tim Summers, The Chinese University of Hong Kong

‘In her pioneering research Gabriela Pleschová investigates a complex relationship between China and Central Europe. She describes how Hungarians and other nations in Central Europe increasingly feel mistrust and fear from the collaboration with the Chinese Communist government, in part due to concerns about the authoritarian tendencies of their own regimes. Tensions between the groups that advocate profit and value-based policy (a defining feature of post-communist societies) are analyzed in this fascinating book.’
– András Bozóki, Central European University, Vienna, Austria
Add to Wish List
eBook for library purchase
978 1 80037 185 9
View sample chapter and check access on: