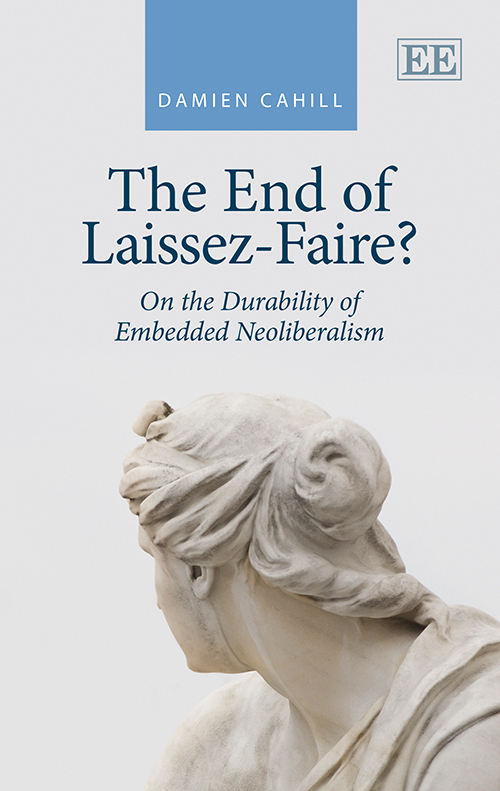 When the global financial crisis hit in 2007, many commentators thought it heralded the end of neoliberalism. Several years later, neoliberalism continues to dominate policy making. This book sets out why such commentators got it so wrong, and why neoliberalism remains so durable in the face of crisis.

‘A book should be celebrated for its achievement if it advances knowledge, debate, and makes an indelible contribution to its field. Damien Cahill has achieved all of these merits and more in delivering the most compelling analysis of neoliberalism in The End of Laissez-Faire?. Of course, questions can always be raised about this or that aspect of any scholarly accomplishment. But the fact remains that the arguments delivered by Damien Cahill in The End of Laissez-Faire? will shape the terrain of neoliberalism studies for the coming future across the frontiers of political economy, sociology, and international studies.’
– Adam David Morton (2015): The Who of Power?, Globalizations

This book offers the clearest, most comprehensive, detailed, readable, insightful, sensible, balanced and systematic analysis of neoliberalism available today. This is an indispensable read for anyone interested in the most important topic on contemporary capitalism. Cahill offers the most convincing analysis of the origins, key features and limitations of neoliberalism, and the most promising examination of how it can be overcome. This book debunks myths, pierces illusions and suggests the most promising avenue for resistance against the current phase of global capitalism.’
– Professor Alfredo Saad Filho, SOAS, University of London, UK