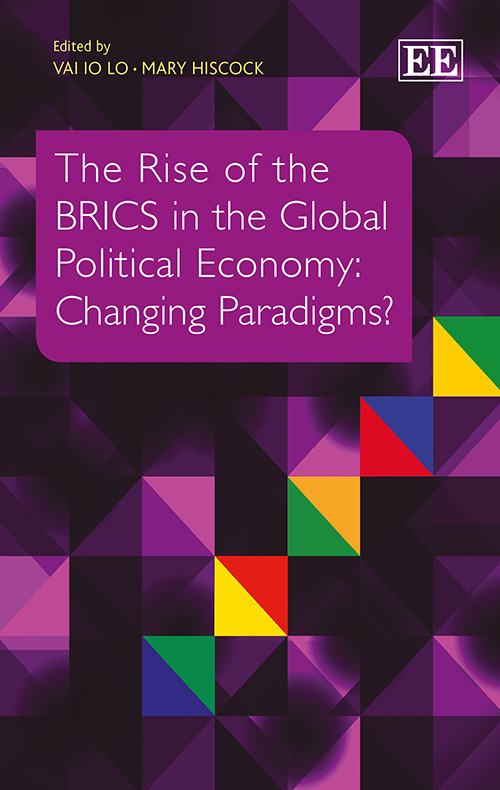 The Rise of the BRICS in the Global Political Economy

Taking an interdisciplinary approach, Vai Io Lo and Mary Hiscock, together with scholars and researchers from around the world, investigate the rise of the BRICS and assess the extent of their further development and influence from the perspectives of economics, international relations and law.

'Lo and Hiscock provide the reader with the opportunity to look at the BRICS in a much broader way. Bringing together scholars of international relations, law and economics, this book reminds us that the economic success of the BRICS depends not only on economic growth and trade, but also the future relations with the developed world and domestic reforms. '
– Tevfik Murat Tildirim, European Political Science