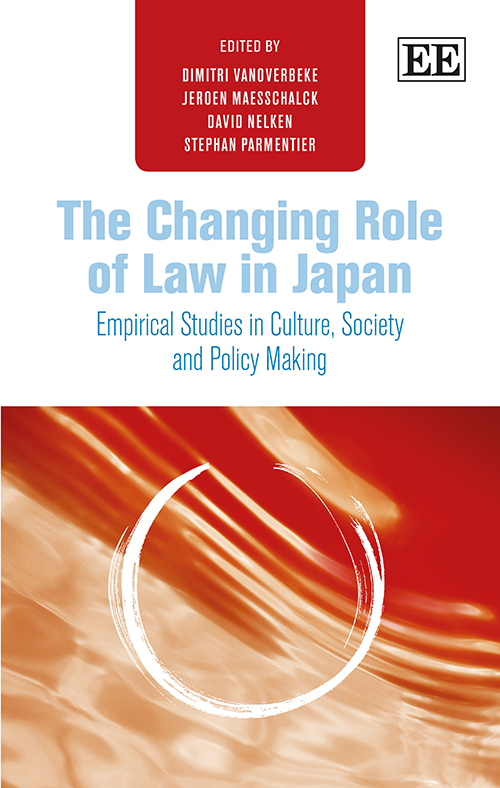 The Changing Role of Law in Japan offers a comparative perspective on the changing role of law in East Asia, discussing issues such as society, cultural values, access to the legal system and judicial reform. This innovative book places Japan in the wider context, juxtaposed with Europe, rather than the US, for the first time.

‘The role of culture in the operation of Japanese law is one of the great questions of sociolegal studies. Discussions tend to polarize, between a simplistic view of cultural determinism and a more universalist approach that emphasizes institutions. This superb collection, with a diverse and accomplished set of contributors, takes culture seriously. It shows how legal institutions have both shaped and been shaped by Japanese legal culture. A state-of-the art assessment of Japanese law after more than a decade of reforms, this book is a must for anyone interested in understanding legal culture more broadly.’
–Tom Ginsburg, University of Chicago Law School, US