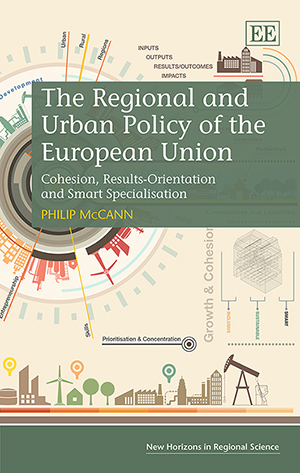 The Regional and Urban Policy of the European Union

The regional and urban development policy of the European Union, or more precisely, EU Cohesion Policy, is undergoing change. This development is driven by the enormous transformations in European regions and by shifts in thinking and analysis. The issues raised by the changes to regional and urban development policy in Europe span many academic disciplines and build on different research methodologies. A broad approach is required in order to address these issues and this book explicitly incorporates insights from a range of different disciplines. After examining the major regional and urban features of the European economy and discussing the analytical underpinnings of the current re-design to EU Cohesion Policy, the book also aims to provide a road map of the various EU regional and urban data-sources which are available to researchers and policy-makers. This book is aimed at all economists, geographers, regional scientists, spatial planners, transportation scientists, sociologists, urban studies researchers, environmental scholars, political scientists and policy-analysts who are interested in regional and urban issues.

‘. . . Philip McCann has provided an outstanding book on current trends and future prospects of EU Cohesion policy. The book deserves our attention because of the scope and variety of its coverage.’
– Annals of Regional Science

‘Professor Philip McCann has contributed to a revival of regional and urban economics. His ideas and research have stimulated views about how regions and cities grow, and also how they can be better governed. He offers here another major contribution to improved regional policy design. By its scale and scope, EU regional policy reform merits a thorough and enlightening analysis such as this. This is an important book by one of the finest scholars in the field.’
– Joaquim Oliveira Martins, Head of OECD Regional Policy Division, France

‘Geographical economics has come a long way in the past two decades. It has generated new ways of thinking about how to improve development in less-favoured cities and regions, in the context of a commitment to enjoying the advantages of trade and the mobility of people and knowledge. Philip McCann’s magisterial analysis of one of the most ambitious efforts ever undertaken in this area – the EU Cohesion Policy – argues powerfully for a new way forward based on respecting the different starting points of cities and regions and mobilizing their potential, and yet doing so with rigorous respect for efficiency and openness.’
– Michael Storper, London School of Economics, UK

'The book serves each of the stated audiences rather well. It is a useful reader in general discussions of theory and particularly for those interested in innovation and smart specialization. It is exhaustively sourced. As noted earlier, it is especially authoritative and well-informed. The writing style is deliberate, logical, and well-ordered.'
– Polymath: An Interdisciplinary Arts and Sciences Journal