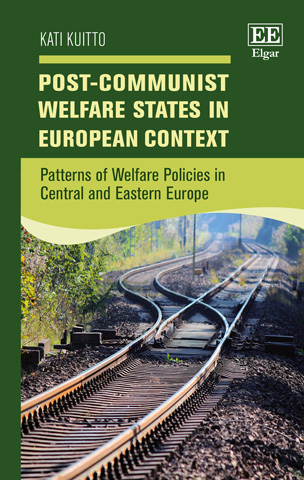 Patterns of Welfare Policies in Central and Eastern Europe

This is the first book providing a comprehensive and systematic empirical assessment of the post-communist welfare states in Central and Eastern Europe in the context of their Western European counterparts. Based on the classical typologies of welfare regimes, the study systematically compares 26 European welfare states across three empirical dimensions. This way, the book sheds light on the hybrid patterns of welfare policies in post-communist countries, as they have emerged after the period of transformation, and discusses their future challenges.

‘Methodologically rigorous and geographically exhaustive, Post-Communist Welfare States in European Context is an insightful empirical analysis of social policy patterns in Central and Eastern Europe. It is a must-read for everyone interested in comparing hybrid emerging social protection models in the divergent new Europe with established worlds of welfare in Western Europe. Kati Kuitto has written a state-of-the-art study in comparative welfare, emphasizing regime change and variability over regime coherence and stability.’
– Pieter Vanhuysse, University of Southern Denmark