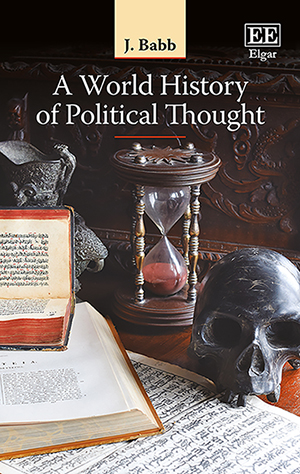 
‘In his ambitious A World History of Political Thought, Babb locates the “foundational thinkers” about politics between 600 and 400 BCE. His key figures were Buddha, Confucius and Socrates, though we know most about the thinking of these three remarkable individuals through the writing of their followers, not themselves. The first identifiable “schools” of political thought, Babb suggests, emerged between 400 and 250 BCE, though he wisely warns that it is essential to be wary of “neat classification” distorting the “messy reality of the emergence of ideas”.
Ken Booth, International Relations

‘This book is the first attempt to cover all the world's literate cultures in a single history of political thought. As such, it is a significant achievement.’
– Tony Black, University of Dundee, UK