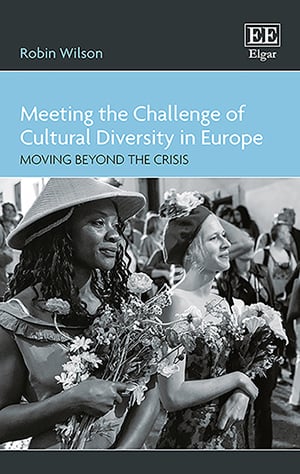 Meeting the Challenge of Cultural Diversity in Europe

Moving Beyond the Crisis

Robin Wilson, independent researcher and adviser to the Council of Europe

Europe has talked itself into a refugee and security crisis. There is, however, a misrecognition of the real challenge facing Europe: the challenge of managing the relationship between Europeans and the currently stigmatized ‘others’ which it has attracted. Making the case against a ‘Europe of walls’, Robin Wilson instead proposes a refounding of Europe built on the power of diversity and an ethos of hospitality rather than an institutional thicket serving the market.

‘In an extremely well-documented and surgically analytical volume, Robin Wilson charts the fall of Europe as a moral beacon of the free world during the 2015 “refugee crisis” and its aftermath. But he also raises hope amidst the gloom. A new paradigm of integration conjoining equality, diversity and inclusion is being embraced by a growing coalition of (mostly local) leaders. Wilson convincingly shows that intercultural integration is a win for both solidarity and prosperity. Is it also the early sign of a new liberal consensus to the assorted economic, environmental and geopolitical crises in the age of human mobility?’
– Irena Guidikova, Head of Inclusion and Anti-discrimination Programmes, Council of Europe