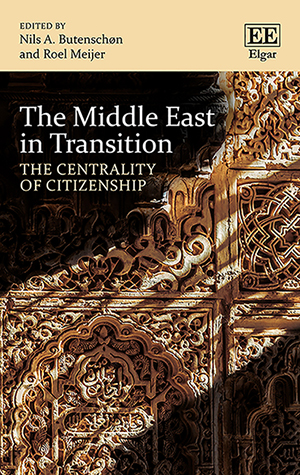 The violent transitions that have dominated developments since the Arab Uprisings demonstrate deep-seated divisions in the conceptions of state authority and citizen rights and responsibilities. Analysing the Middle East through the lens of the ‘citizenship approach’, this book argues that the current diversity of crisis in the region can be ascribed primarily to the crisis in the relations between state and citizen. The volume includes theoretical discussions and case studies, and covers both Arab and non-Arab countries.

‘This work has come at an important time in the wake of the so-called Arab spring when the fluctuating patterns of state-citizen relations were rethought with varying success. Looking at citizenship in the region from multi-disciplinary and content related perspectives, this collection of essays discusses the variety of ways in which citizenship operates – and is thought about – in the contemporary Middle East and beyond. In looking at the contested dimensions of citizenship, this book is an important and timely work for anyone interested in the processes by which what it means to be a citizen is made and remade.’
– Rachel M. Scott, Virginia Tech, US