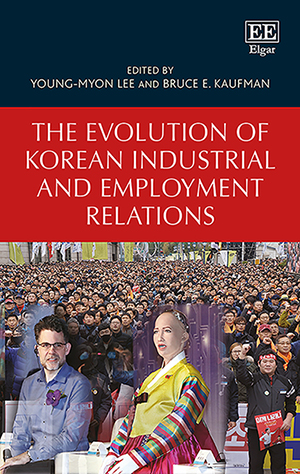 The Evolution of Korean Industrial and Employment Relations

The Evolution of Korean Industrial and Employment Relations explores current employment and workplace relations practice in South Korea, tracing their origins to key historical events and giving cultural, politico-economic and global context to the inevitable cultural adaptation in one of Asia’s ‘miraculous’ democracies.


‘Korea owes its rise to the ranks of the most prosperous nations, largely, to its investment in human resources. Yet, significant gaps remain that block further improvements in the lives of its workers and citizens. This book is as authoritative and comprehensive as it is insightful on the strengths of the Korean system and the challenges Korean policymakers face. In this respect, this book is not simply a telling of the Korean condition but rather of every nation aspiring to prosperity.’
– Anil Verma, University of Toronto, Canada

‘This book is a compedium of information on the evolution, development and practice of employment relations in South Korea. It records the dynamism that enables the tripartite actors in S. Korea to respond to changing economic and political development, as well as the tremendous industrialization that the country has witnessed in recent decades. The social partners have not only played an active role in shaping public policy, as well as the behaviour and interaction between them and the State. These have enormously contributed to industrial peace, industrialization and economic growth and development. This is a book that is surely to serve not only the academic community and the social partners in Korea, as they evaluate their own role, strategy and desirable changes so as to build on achieved success. For students of comparative employment relations, the book is a useful case study, and I commend it to the international employment relations community.’
– Tayo Fashoyin, Retired Professor of Comparative Employment Relations; Former Director in the ILO, Geneva, and Former Secretary of ILERA.

‘This book is an invaluable source of information on Korean employment relations, and provides an interesting analysis of historical, current and future perspectives.’
– Mia Ronmar, Lund University Law School, Sweden

‘This book has a world interest for people that study and work in labour relations, it addresses universal problems such as: Women employment and gender inequality, the expectation of women in regards to marriage and child rearing, striket activity,etc. This book will also be very useful to people who work in Korean’s facortires and business. It will be an important contribution to labour relations and for people who work in the field.’
– Martha Monsalve Cuellar, ILERA Columbia President, Executive Committee Member