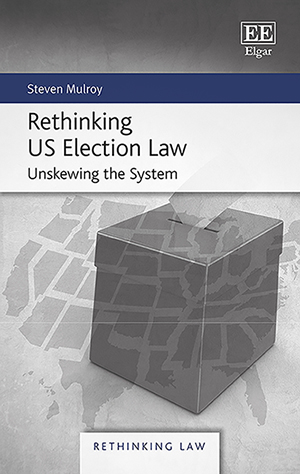 Steven Mulroy, Bredesen Professor of Law, University of Memphis, School of Law, US

Recent U.S. elections have defied nationwide majority preference at the White House, Senate, and House levels. This work of interdisciplinary scholarship explains how “winner-take-all” and single-member district elections make this happen, and what can be done to repair the system. Proposed reforms include the National Popular Vote interstate compact (presidential elections); eliminating the Senate filibuster; and proportional representation using Ranked Choice Voting for House, state, and local elections.

‘Rethinking US Election Law is a timely, well-written argument in favour of electoral reform in the United States. It advances achievable solutions that could go a long way towards solving the country’s current democratic breakdown, and is an excellent read for anyone interested in “unskewing the system”.’
– Erica Frazier, LSE Review