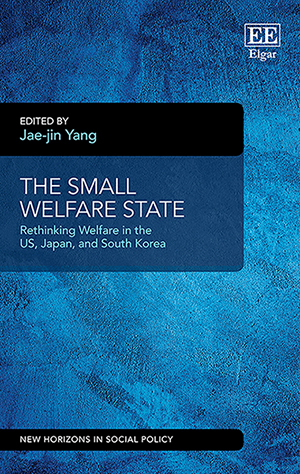 In a period of rapid change for welfare states around the world, this insightful book offers a comparative study of three historically small welfare states: the US, Japan, and South Korea. Featuring contributions from international distinguished scholars, this book looks beyond the larger European welfare states to unpack the many common political and institutional characteristics that have constrained welfare state development in industrialized democracies.


‘The Small Welfare State makes a big contribution. With brilliant chapters from leading scholars in the field, it uncovers a distinctive model of social provision that links together an unusual set of countries. It is especially relevant today as welfare states come under strain in a transformed economic world. Highly recommended.’
– Jacob S. Hacker, Yale University, US, Author of The Great Risk Shift and The Divided Welfare State

‘Since its origin, the discipline of Welfare Studies has been dominated by Eurocentrism. Recent research on Asian welfare systems have shown that concepts and models developed in the European context are not always valid in other contexts. In The Small Welfare State, Jae-jin Yang and his colleagues convincingly show that a change of perspective is required. This is not only a matter of geography or size of the welfare state. The issue at stake is to identify different mechanisms and logic. This book is a must-read for anybody interested in the origin, development, and future of welfare systems in the world.’
– Sebastien Lechevalier, Ecole des Hautes Etudes en Sciences Sociales, France