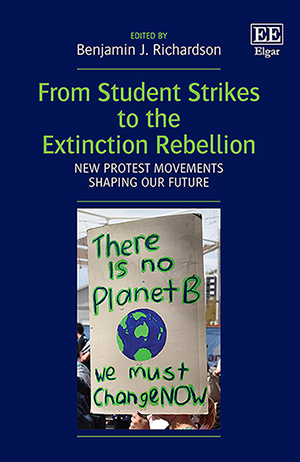 Across the world, millions of people are taking to the streets demanding urgent action on climate breakdown and other environmental emergencies. Extinction Rebellion, Fridays for Future and Climate Strikes are part of a new lexicon of environmental protest advocating civil disobedience to leverage change. This groundbreaking book – also a Special Issue of the Journal of Human Rights and the Environment – critically unveils the legal and political context of this new wave of eco-activisms. It illustrates how the practise of dissent builds on a long tradition of grassroots activism, such as the Anti-Nuclear movement, but brings into focus new participants, such as school children, and new distinctive aesthetic tactics, such as the mass ‘die-ins’ and ‘discobedience’ theatrics in public spaces.