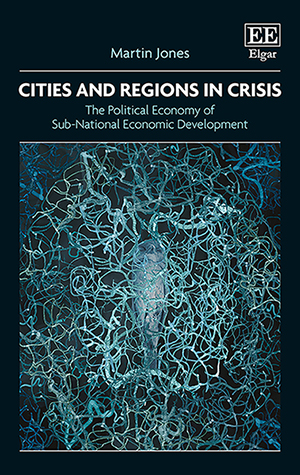 Offering a geographical political economy analysis, this book explores the mechanisms, institutions, and spaces of subnational economic development. Martin Jones innovatively examines how policy-makers frame problems and offer intervention solutions in different cities and regions.Drawing on different approaches to state intervention, neoliberalism, crisis and contradiction theories, and notions of depoliticisation, this book explains policy failure and how it is impacted by flux surrounding economic development. With constant changes to legislation, institutional initiatives, and ministerial responsibility, local and regional economic development is shown to be at a critical crossroads.

‘In Cities and Regions in Crisis, Martin Jones has crafted a rich and grounded geographical political economy. Consolidating and integrating a deep and important body of work, he provides insightful analysis of urban and regional governance in England and extends this to reflect upon more progressive future directions. It offers much to inspire and inform research on the rolling predicament of governing uneven geographical development beyond its empirical focus.’
– Andy Pike, Centre for Urban and Regional Development Studies (CURDS), Newcastle University, UK