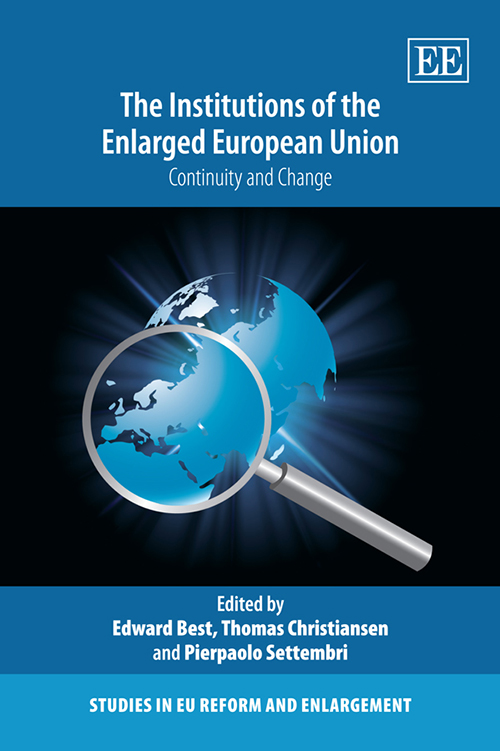 The Institutions of the Enlarged European Union

‘This book in addition of being remarkable academic reading contributes, on the highest scholarly level, to the furthering of our understanding of performance of the EU institutions which is essential for practitioners and researchers in the midst of the institutional crisis.’
– Dominik Vuletić, Croatian International Relations Review

‘. . . an impressively detailed introduction to the institutions and committees that form the core frameworks of EU activities including the EU Parliament, the European Central Bank, and the effects of EU membership expansion. The Institutions of the Enlarged European Union is very strongly recommended as an addition to governmental and university library International Studies reference collections in general, and European Union Studies supplemental reading lists in particular.’
– Midwest Book Review – The International Studies Shelf

‘This excellent book in the series of studies on EU reform and enlargement is not as dry as it first appears. . . The contributors outline the key changes as well as patterns of continuity in the institutional policies of the EU and their research which I feel will be highly beneficial to lawyers, economists and politicians. . . I found the book to be invaluable for postgraduate and advanced undergraduate students of EU politics and administrative science, as well as researchers, practitioners and journalists working in the fields of European studies more widely.’
– Phillip Taylor, The Barrister

‘This timely, comprehensive and authoritative study provides much food for thought for European policy makers, particularly in the current situation of uncertainty about the Lisbon Treaty. The authors’ basically upbeat findings – that, despite the arrival of twelve new member states in one big bang and one after shock, it has been pretty much business as usual for the EU’s institutions – will comfort both those who worried about the EU’s capacity to act in the absence of institutional reform and those who argued that such reform was unnecessary. But the editors identify a number of emerging dynamics that will be of concern to all who care about the Union’s democratic future: increasing formalisation of meetings and procedures on the one hand, coupled with an increase in informal, pre-cooked deals on the other; increasing primacy of the administrative over the political; and a growing trend towards “presidentialisation” within the institutions, with continued efficiency requiring more emphasis on the “primus” than on the “pares”. The editors conclude that, while the European Union’s institutional system continues to function and might even become more efficient, the price to be paid could further distance the Union from the citizens it seeks to serve.’
– Martin Westlake, Secretary General, European Economic and Social Committee, Brussels, Belgium

‘This volume reports a thorough appraisal of how the EU institutions have fared since the 2004 enlargement. In essence the answer is more of the
same, with no evidence of gridlock. Business has been conducted in similar ways and at similar levels of output, helped by procedural
adaptation. The new member states have slotted into the existing routines of the Union.’
– Helen Wallace, European Institute, London School of Economics and Political Science, UK