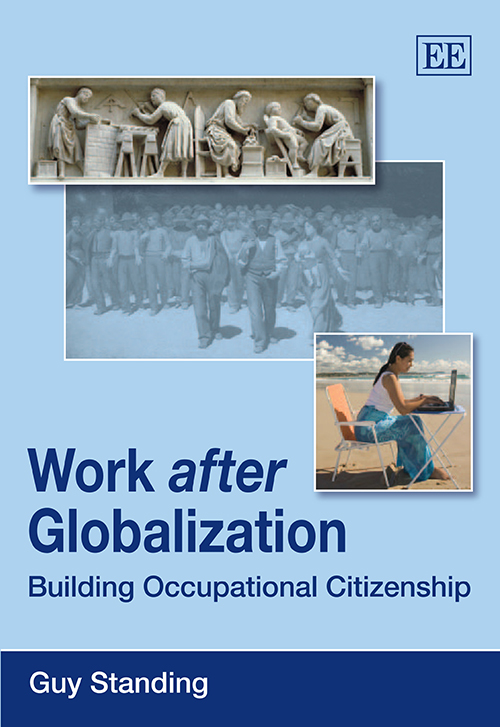 In this ground-breaking book, Guy Standing offers a new perspective on work and citizenship, rejecting the labourist orientation of the 20th century.

‘. . . this book is a tour de force, providing a provocative analysis as well as a vision, rooted in normative reflection for a better world to work in. It should be mandatory reading for all students of social policy and industrial relations.’
– Martin Seeleib-Kaiser, Journal of Social Policy

‘In Work after Globalization, Guy Standing, one of the most knowledgeable and theoretically sophisticated scholars in the area of labor relations today, paints a rich panorama of contemporary labor practices around the world to demonstrate that we are in the midst of a societal shift of historical dimensions. Standing’s concept of occupational citizenship provides a way to re-capture both human agency and community, thereby reconciling the individual with society and flexibility with new forms of social security. This book is a tour de force for its sweeping scope, incisive analysis, and predictive power.’
– Katherine Stone, University of California, Los Angeles, US