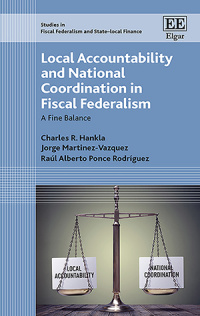 More Information
Critical Acclaim
Contents
More Information
Scholars and practitioners have long hailed fiscal federalism as a critical tool for improving government services, but it has not always lived up to its promise when applied in specific countries. This book offers both an explanation for such mixed effects and a roadmap for better outcomes in the future. It argues that the benefits of fiscal federalism are contingent on a particular confluence of political institutions, namely democratic decentralization and political party integration.

With this in mind, the authors emphasize the importance of striking a “fine balance” between the accountability benefits delivered by empowered local governments and the national coordination necessary for good policy outcomes. Such a balance can be achieved, they contend, when integrated party structures compensate for the potential downsides of a decentralized state. The book formalizes this argument for a variety of electoral democracies and, using new data on subnational political institutions, tests it with models of education, health, and infrastructure service delivery in 135 countries across 30 years. It also presents comparative case studies of Senegal and Nigeria.

Academic economists and political scientists will value the book for its contribution to the literature on fiscal federalism and political decentralization, and development practitioners will benefit from its practical solutions to the problems of local governance.

Critical Acclaim
‘The text is sophisticated in both theory and method. It is also a good model of how to thoroughly answer a research question and extend theory.’
– Jessica N Terman, Journal of Public Administration Research and Theory

‘With respect to the question of how party integration matters, and what effects it can have on the provision of public goods, Hankla, Martinez-Vazquez, and Ponce-Rodriguez’s book is essential reading.’
– Vlad Tarko, Publius, The Journal of Federalism

‘In early work on federalism, economists and political scientists had rather distinct concerns and approaches. Second-generation theory then offered a more realistic political economy account of incentives in federal systems. This book goes further and explicitly integrates political and economic dimensions. The result is a major advance in our understanding of the political conditions that underpin decentralized service delivery.’
– Joachim Wehner, London School of Economics and Political Science, UK

‘This volume by leading scholars, Hankla, Martinez-Vazquez and Ponce Rodríguez, makes a path breaking contribution in advancing our knowledge on decentralized governance by providing a comprehensive theoretical and empirical framework on the impact of political institutions on the provision of local public goods. The volume will hopefully re-invigorate scholarship on the third generation of fiscal federalism i.e. addressing the interaction of political institutions with fiscal and administrative institutions on equity and efficiency of public goods under decentralized governance.’
– Anwar Shah, Brookings Institution, The World Bank, US and Southwestern University of Finance and Economics, China

'Does fiscal decentralization really work? More to the point, under what specific conditions will decentralization actually deliver the gains that are often attributed to “bringing government closer to the people”? It is this second and fundamental question that Charles R. Hankla, Jorge Martinez-Vazquez and Raúl Alberto Ponce Rodríguez examine in their masterly new treatise. They start with the standard Oates’ “decentralization theorem”, but they recognize the limits of this theorem in real-world political (and economic) environments. So, in a series of chapters that utilize the latest in sophisticated theoretical modeling, they extend the standard framework to incorporate considerations that reflect the key underlying realities of political institutions, especially “democratic decentralization” and “party integration”. Their main conclusion is that democratic decentralization can produce the benefits predicted by Oates, but only when parties are integrated. They then test their framework in several empirical chapters, with results that largely confirm their theory. Their treatise is essential reading for anyone wanting both to understand decentralization and, more importantly, to design real-world institutions that can achieve the gains from decentralization.'
– James Alm, National Tax Association and Tulane University, US
Contents
Contents: 1. Introduction: Decentralization and Parties 2. Building the Theory: Majoritarian Electoral Systems and Party Integration 3. Building the Theory: Majoritarian Electoral Systems and Non-Integrated Parties 4. Building the Theory: Proportional Representation and Closed Party Lists 5. Building the Theory: Proportional Representation and Open Party Lists 6. Decentralization and Integrated Parties: Summarizing the Models 7. Empirically Testing the Role of Political Institutions 8. Two Comparative Case Studies: Political Parties and Local Governance in Nigeria and Senegal 9. Conclusion: A Fine Balance Bibliography Index