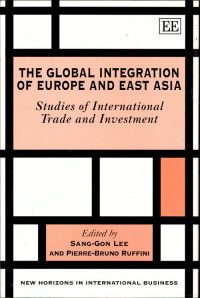 The Global Integration of Europe and East Asia

Studies of International Trade and Investment

Special attention is given to the contributions of international trade and investment to deeper regional and global integration, and particular emphasis is placed on major issues such as:

In conclusion the authors argue that more emphasis should be placed on direct investment rather than speculative inflows. This will create a more stable environment for the contribution of foreign capital to the growth of East Asian economies, and reduce both dependency between regions and the risk of financial instability in the future.