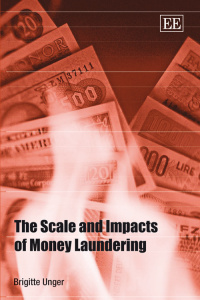 The Scale and Impacts of Money Laundering

9781847202239 Edward Elgar Publishing
Brigitte Unger, Utrecht University School of Economics, the Netherlands and former Director, Institute of Economic and Social Research WSI in Dusseldorf, Germany
Publication Date: 2007 ISBN: 978 1 84720 223 9 Extent: 256 pp
The book gives an interdisciplinary overview of the state-of-the-art of money laundering as well as describing the legal problems of defining and fighting money laundering. It then goes on to present a number of economic models designed to measure money laundering and applies these to measuring the size of laundering in The Netherlands and Australia. The book also gives an overview of techniques and potential effects of money laundering identified and measured so far in the literature. It adds to this debate by calculating the effects of laundering on crime and economic growth.

More Information
Critical Acclaim
Contents
More Information
Money laundering is a problem of some magnitude internationally and has long term negative economic impacts. Brigitte Unger argues that today, money laundering is largely linked to fraud and that it is not only small islands and tax havens which launder, but increasingly, industrialized countries like the US, Australia, The Netherlands and the UK. Well established financial markets and growing economies with sound political and social structures attract launderers in the same way as they attract honest capital.

This book will be of great interest to lawyers, financial experts, economists, political scientists, as well as to government ministries, international and national organizations and central banks.
Critical Acclaim
‘. . . a comprehensive analysis that can be used by policy- and law-makers in their unremitting fight against money laundering.’
– Fadi Moghaizel, International Company and Commercial Law Review