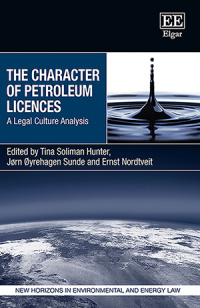 The Character of Petroleum Licences

More Information
Contributors
Contents
More Information
This innovative book explores the legal character of petroleum licences, a key vehicle governing the relationship between oil companies and their host states. Examining the issue through the lens of legal culture, it illustrates why some jurisdictions exert strong state control and others only minimal.

Critically investigating the nature of a petroleum licence, the book analyses whether it is a mere administrative right, a contract or something more akin to property rights. Chapters examine recent developments, such as the UK’s strategy of maximizing economic recovery and the opposition to drilling for oil in Norway and Australia. Outside of Western petroleum jurisdictions, the book also explores several long-established jurisdictions including Russia and Mexico, as well as emerging jurisdictions, such as China and Uganda. Taking a contextual and system-oriented approach, it reveals the preconditions of the petroleum licence regime and offers a critical insight into the reasons behind alterations to the terms of the licences.

Encompassing a wide variety of legal cultures and experiences, this thought-provoking book will prove to be a valuable resource for academics and students of energy law, particularly those with an interest in state regulation. It will also provide useful insights for industry-based practitioners.

Natural Capital, Agriculture and the Law