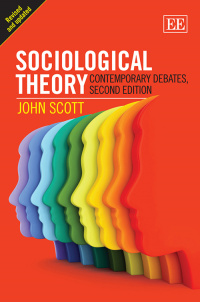 Critical Acclaim
‘. . . a systemic and comprehensive text presenting clear arguments on the relative merits of the different positions taken within sociological theory. John Scott has re-ordered the chapters and chapter sections to draw out a strong narrative on contention and convergence in sociological theory. This updated edition features a greater prominence for neofunctionalism in relation to earlier structural-functional theories; a discussion of the theoretical ideas of Pierre Bourdieu; expanded coverage of post-structuralist theoretical ideas in relation to structural theories, and much more. Documented, insightful, informed and informative, Sociological Theory continues to be a highly recommended and core addition to academic library contemporary sociology reference collections and supplemental reading lists.’
– The Midwest Book Review