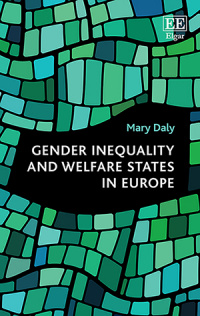 9781788111256 Edward Elgar Publishing
Mary Daly, Professor of Sociology and Social Policy, Department of Social Policy and Intervention, University of Oxford, UK
Publication Date: 2020 ISBN: 978 1 78811 125 6 Extent: 232 pp
Gender equality has been one of the defining projects of European welfarestates. It has proven an elusive goal, not just because of political opposition but also due to a lack of clarity in how to best frame equality and take account of family-related considerations. This wide-ranging book assembles the most pertinent literature and evidence to provide a critical understanding of how contemporary state policies engage with gender inequalities.