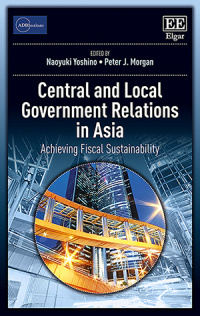 More Information
Critical Acclaim
Contributors
Contents
More Information
Sustainable and inclusive growth in emerging Asian economies requires high levels of public investment in areas such as infrastructure, education, health, and social services. The increasing complexity and regional diversity of these investment needs, together with the trend of democratization, has led to fiscal decentralization being implemented in many Asian economies. This book takes stock of some major issues regarding fiscal decentralization, including expenditure and revenue assignments, transfer programs, and the sustainability of local government finances, and develops important findings and policy recommendations.

The book’s expert contributors assess the current state of the allocation of expenditures and revenues between central and local governments in emerging Asian economies, and discuss their major strengths and weaknesses. They also present relevant case studies of experiences and reform measures related to strengthening and monitoring local government finance, including the implications of expanded fiscal capacity for infrastructure investment and other public spending. Covering the major Asian economies of the People’s Republic of China, India, Indonesia, and Japan, among others, the book focuses on the economic incentives of transfer schemes, how intergovernmental fiscal equalization works, and how subnational government borrowing regulations could influence debt dynamics and the fiscal deficits of local governments.

This book’s insightful analysis will be essential reading for policy makers in Asian economies and academics and researchers in the areas of economic development, public finance, and fiscal policy as well as development aid officials, multilateral banks, and NGOs.

7. Key issues of central and local government finance in the People’s Republic of China
Qichun Zhang and Shufang Li