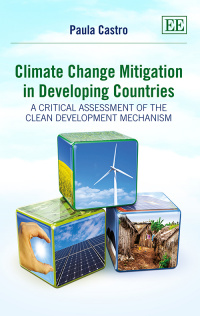 A Critical Assessment of the Clean Development Mechanism

To reduce the cost of meeting their greenhouse gas emission reduction commitments under the Kyoto Protocol, industrialized countries may rely on the CDM, a market instrument that allows them to count emission reductions from projects in developing countries as their own. Presented in four core empirical chapters, the book critically reviews whether and how the CDM creates incentives or disincentives for developing country action towards reducing greenhouse gas emissions, and draws lessons for the future international climate change regime.

Recommendations and discussion on the reform of the CDM invoke debate on the future of this policy in developing countries, which is vital material for both policymakers and international institutions introducing similar instruments. Students and researchers working on topics related to environmental politics, climate policy, environmental economics and environmental science will also find this resource invaluable.
Critical Acclaim
‘Against all odds, the CDM has shown that market mechanisms for greenhouse gas reduction in developing countries can work. Nevertheless, as Paula Castro explains convincingly, the CDM is no “magic bullet”. Advanced developing countries need to be “weaned off” the CDM in order to take up commitments, while the monetary incentive from emission credit sales is insufficient to put least developed countries on a low-emission pathway. However, experience from the CDM remains critical in designing new market mechanisms.’
– Axel Michaelowa, University of Zurich, Switzerland

Handbook of Accounting and Sustainability