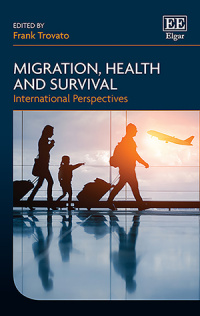 Variations in physical and mental health and mortality among migrants in relation to their host populations are examined and analysed in detail, with specific discussion of: the immigrant health and mortality advantage; the healthy migrant hypothesis; migrants as vulnerable populations; the long-term effects of acculturation on health; fast epidemiological transition among migrants; and the intergenerational transmission of mortality risk. The contributions in this volume enhance the reader’s understanding of immigrant health and mortality conditions across these leading countries of immigration in the western world.

This is an important reference for researchers of migrant studies as well as teachers of graduate level courses in population studies and allied disciplines. Practitioners involved in the provision of health care to immigrants and refugees will further benefit from the insightful analyses.
Critical Acclaim
‘This work provides a rigorous review of factors predicting the health and mortality of immigrants both in the short and long term: healthy migrant selection effects are contrasted with the negative acculturation, blockages in labor markets, pre-immigration exposure to trauma among refugees, and other factors which can pose threats to health. Trovato concludes his book with an integrative model which is vital to understanding and tracking the health of the millions of asylum seekers and refugees in today’s world.’
– Steven Stack, Wayne State University, US

6. Mental health of immigrants and refugees in Canada
Lori Wilkinson and David Ponka

10. Mortality among migrants and their descendants living in England and Wales
Matthew Wallace

11. Health and mortality patterns among migrants in France
Myriam Khlat and Michel Guillot

14. Mortality and health of immigrants and their children in Belgium in the 2000s
Patrick Deboosere and Hadewijch Vandenheede

15. Reflections toward an organizing framework for the study of immigrant mortality
Frank Trovato