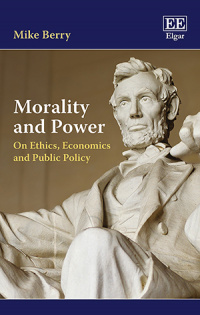 9781788978729 Edward Elgar Publishing
Mike Berry, Emeritus Professor, Centre for Urban Research, RMIT University, Australia
Publication Date: 2018 ISBN: 978 1 78897 872 9 Extent: 352 pp
Offering a compelling critique of orthodox economic analysis in the public realm, Mike Berry exposes the lack of development in economic thinking in public policy since the economic crisis of 2008. Focusing on both the ethically unacceptable outcomes of recent public policy and the threat of populism and rising nationalism, this book offers noteworthy suggestions for an alternative social democratic future. Both students and practitioners of heterodox economics and public policy will find this a compelling insight into the ethical concerns and social impacts raised by the political ascendency of neoliberal policies in recent decades.