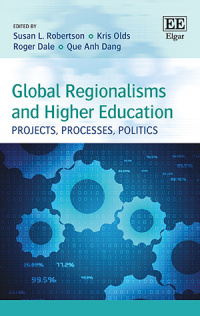 9781784712341 Edward Elgar Publishing
Edited by Susan L. Robertson, Faculty of Education, University of Cambridge, UK, Kris Olds, Department of Geography, University of Wisconsin-Madison, US, Roger Dale, Graduate School of Education, University of Bristol, UK and Que Anh Dang, Graduate School of Education, University of Bristol, UK
Publication Date: 2016 ISBN: 978 1 78471 234 1 Extent: 336 pp
This original book provides a unique analysis of the different regional and inter-regional projects, their processes and the politics of Europeanisation, globalisation and education. Collectively, the contirbutors engage with international relations and integrations theory to explore new ways of thinking about regionalisms and inter-regionalisms, and bring to the fore the role that higher education plays in this.

How to Develop a Sustainable Business School