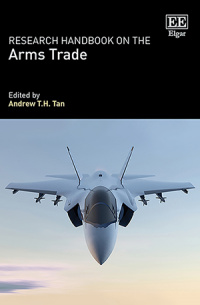 Across twenty-six chapters, international experts assess the central drivers of the arms trade, such as the insecurities of small states in an increasingly realist world of power politics, the continued presence of conflict, technological change and the presence of corruption. Analysing critical issues from the future of air and naval power and their implications for the trade to the impact of emerging technology and the prospects for arms control, the chapters raise a number of central issues as to the challenges and future direction of the arms trade. The Research Handbook concludes that defence spending and procurement have remained paramount and on a general upward trend since the Cold War, particularly in Asia and the Middle East.

This Research Handbook will be a valuable resource for academics and students of international relations, security studies and political science. Its global approach will also be beneficial for arms policy analysts and defence professionals.
Critical Acclaim
‘An excellent volume which provides fresh perspectives on the wicked problem of the international arms trade. With an impressive list of contributors spanning North America, Europe and the Indo-Pacific, this book will be of significant interest to both academics and practitioners alike.’
– Ben Schreer, Macquarie University, Australia

‘This is an excellent compendium of chapters on this relatively neglected sphere of international political studies. It brings together an impressive range of expertise in the field who examine the many dimensions and facets of the international arms trade. The volume succeeds in being both accessible to the nonspecialist, while also conveying the directions in which more advanced research is progressing.’
– M.L.R. Smith, King’s College London, UK