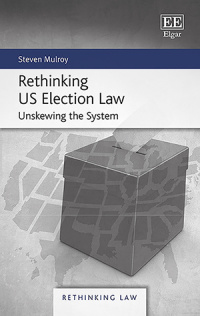 This sharp examination of a flawed system is vital reading for students and scholars involved in election law and political science, and is approachable enough for lay readers interested in politics and reform as well.

Critical Acclaim
‘Rethinking US Election Law is a timely, well-written argument in favour of electoral reform in the United States. It advances achievable solutions that could go a long way towards solving the country’s current democratic breakdown, and is an excellent read for anyone interested in “unskewing the system”.’
– Erica Frazier, LSE Review