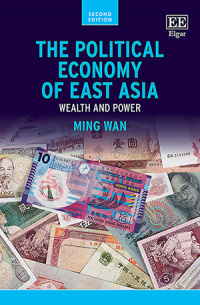 More Information
Critical Acclaim
Contents
More Information
Offering a coherent overview of the historical and institutional context of enduring patterns in East Asian political economy, this updated and expanded second edition textbook explores the dramatic regional and international transformations that this key region has faced since the 2008 financial crisis.

Key features of the second edition include:
·   Utilizing an International Political Economy theoretical framework to offer a truly holistic view of the East Asian political economy
·   Visual aids, including maps and illustrative figures, to demonstrate the economic, demographic and institutional changes in the region
·   An empirical approach to political economy, employing cutting-edge research to provide students with a comprehensive guide to the subject
·   Expanded coverage of national security, focusing on how this has risen on the political agenda in East Asia.

Insightful and illuminating, this textbook is ideal reading for both upper level undergraduate and post-graduate courses relating to the politics and political economy of East Asia, as well as for students and researchers of political science investigating recent changes in international relations, global industry and trade and East Asian governance.